http://www.moviehole.net/201034589-scorsese-de-niro-reunion-likely-for-2011 a écrit :Now this just might reignite my passion for film. Martin Scorsese says the oft-rumoured “The Irishman”, a film that would reunite him with his anachronistic golden ticket Robert De Niro, could film next year.
According to Digital Spy, Scorsese is currently locking in financing for the gangster flick – the story of union-official turned hitman, Frank “The Irishman” Sheeran – and has assigned Steve Zallian (“Cape Fear”) the task of writing the script.
The pic will be based on the book “I Heard You Paint Houses”, which Amazon has the following description of :
I HEARD YOU PAINT HOUSES is a fascinating account of a dark side of American history. The book’s title comes from the first words Jimmy Hoffa ever spoke to Frank “the Irishman” Sheeran. To paint a house is to kill a man. The paint is the blood that splatters on the walls and floors.
Frank Sheeran lived a long, violent, passionate life. As a boy he took on older kids in bar fights so his dad could win free beer. During World War II he was a highly decorated infantryman with 411 days of active combat duty and a willingness to follow orders. “When an officer would tell you to take a couple of German prisoners back behind the line and for you to ‘hurry back,’ you did what you had to do.” He became a hustler and hit man, working for legendary crime boss Russell Bufalino and eventually becoming one of only two non-Italians on the FBI’s famous La Cosa Nostra list. He was also a truck driver who was made head of the Teamsters local in Wilmington, Delaware, by his good friend Jimmy Hoffa. When Hoffa disappeared on July 30, 1975, Sheeran became a leading suspect, and every serious study of the Hoffa disappearance alleges that Sheeran was there.
For the first time the Irishman tells all — a lifetime of payoffs (including hand-delivering bags of cash to Nixon’s attorney general John Mitchell) and manipulation (supporting Joe Biden’s election to the Senate with a Teamster action) — for the book that would become his deathbed confession. He died on December 14, 2003.
Sheeran also provides shocking new information on notorious mob hits: Joseph “Crazy Joey” Gallo — blown away as he celebrated his forty-third birthday in New York’s Little Italy; Salvatore “Sally Bugs” Briguglio — long suspected of being a player in the plot to kill Hoffa. And offers new insights to the crusading of Robert Kennedy and the death of John F. Kennedy.
This historic account is based on interviews of Frank Sheeran by Charles Brandt, who researched, cross-checked, and illuminated what Sheeran told him and turned it all into a gripping narrative that is sure to become an instant true crime classic.
The article doesn’t state whether there’s any truth to rumours that Al Pacino and Joe Pesci may also be involved in the project. 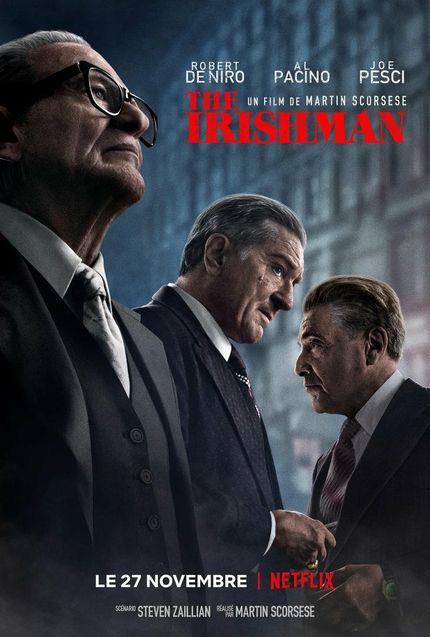